Soap, it’s a basic thing we use multiple times a day. But nine times out of ten we don’t know what’s in it. Whether it’s palm oil, harvested from flattened rainforests, or nasty chemicals and fragrances, most of what’s in our soap remains a mystery.

I’ve always felt vaguely uneasy about that long list of unintelligible words ending in “ate” and the numbers on the side of the soap box. But I assumed, like most of us do, it was probably fine. After all, we put soap on our skin; the largest organ in our body, so they must make sure it’s safe, right? Umm, well, no as it turns out.

Soap, like most things we used to make ourselves, has moved out of the domestic sphere and into the hands of large corporations. They decide what to put in it and what to leave out. Mostly that isn’t determined by the risks to our health, it’s determined by their bottom line. One of the things they routinely strip out is glycerine, the moisturising component. It’s removed and placed into other beauty products they can make a bigger profit on. The result is dry or damaged skin that needs one or more products to fix that dryness. So now you pay twice – sometimes more – once for the soap and again for moisturisers to fix the dryness it causes. Isn’t that insane?

Handmade cold process soap, or as I like to call it REAL soap, has none of these problems. The process of mixing sodium hydroxide (lye) with water and fats and oils leads to saponification: the creation of soap. It also creates glycerine, which is retained, not extracted. The result is a naturally moisturising soap. Hooray! How good is that?

Deep down, I think I’ve always wanted to make real soap. Not only because of the reasons I’ve mentioned, but also because I love the stuff! Soap occupies a small but luxurious space in our lives. As a busy mum of two energiser bunnies I often find showering is my only moment of “me” time in an otherwise hectic day. Having a nice bar of soap to do it with is a lovely bit of self-care that makes me feel good. It puts a spring in my step!

It was for all of these reasons, and the lure of becoming a bit more plastic-free, that led me to the lovely Nicki and Cheryl — aka esteemed soap makers Remington & Emmett — and their leafy Northern Beaches soap school: www.sydneysoapmaking.com 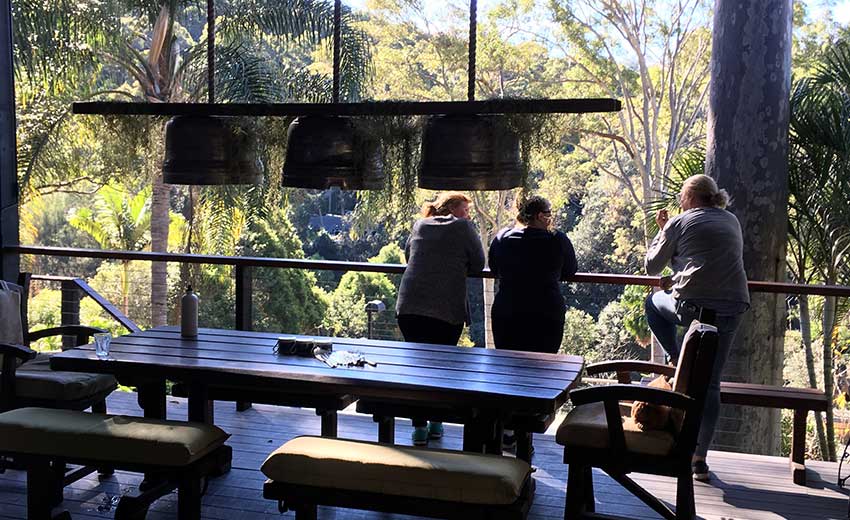 Relaxing among the gumtrees on the deck at Sydney Soapmaking, Bayview, New South Wales

Luckily, I managed to find a friend to drag along and together we spent an entertaining day learning how to do something our grandmother’s mothers could probably do in their sleep!

Now, I won’t lie to you – I was pretty scared about using lye. When you add sodium hydroxide to water there’s a very real risk of blowing the place up. Actually, that’s only if you do it the other way around. Never ever add water to lye, or as the old rhyme goes you might die.

You also have to be really careful not to get lye on your skin or you could end up scarred for life. Remember that scene from Fight Club where Brad Pitt aka Tyler Durden deliberately puts lye on Edward Norton’s hand during a soap making session?

Thankfully Nicki and Cheryl didn’t have that kind of initiation planned for Soap Club and we weren’t told not to talk about it.

There was much chatter and fun to be had adding lye to water and measuring out oils and heating them to the right temperature and finally whizzing it all together with a stick blender and pouring our soap into the mold.

The mold was a lovely bit of #reuse: a second hand takeaway food container. Cheryl and Nicki are really into reducing waste and reusing things, they fashion packaging for their soaps out of old gift bags and fruit nets and make sure absolutely nothing goes to waste. They also say no to palm oil – it’s in none of their products and they even sponsor an orangutan.

We made four different batches of soap with beautiful oils such as sweet almond oil and apricot kernel oil and coconut and olive and macadamia oil – so many oils! We added gorgeous “super-fatting” butters such as shea and cocoa nut. And delicious essential oils such as cinnamon bark and patchouli and clay – the pink clay! Wow. I loved using the clay. Such a fun combination of ingredients and so exciting to see it all come together in this amazing alchemical moment and transform into soap. 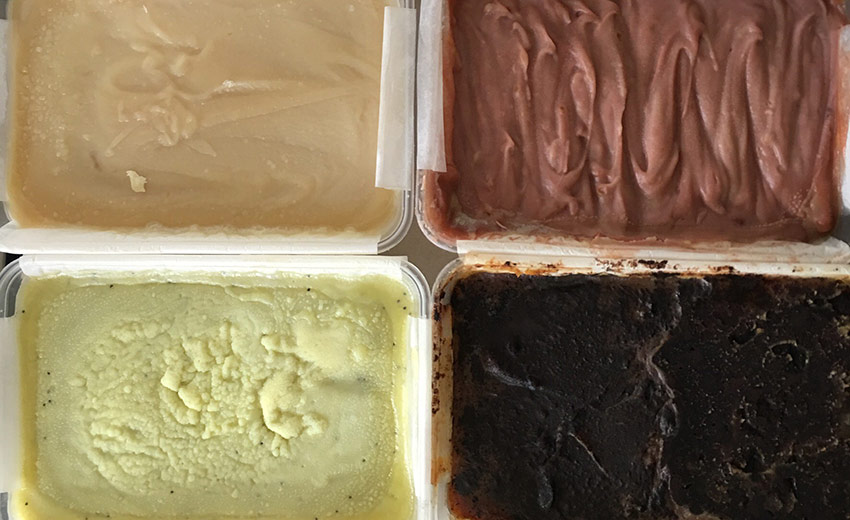 The class were a happy bunch and the friendliness and generosity of Nicki and Cheryl was enormous. We not only left at the end of the day with four different types of soap but their secret recipes for them, too!

We also left with a newfound confidence that we could subvert the system and take control back over one of the basic things in our lives. I can make soap now — from scratch! How many people do you know who can say that?

I also now know what it means to reach “trace” and how important it is to tuck your little blocks of soap in under blankets to go “nigh, nighs,” as Nicki likes to call it, while they saponify. If you want to understand that then you better sign up for one of their courses, because the first rule of Soap Club is… I’m not going to talk about Soap Club. Oops, sorry, I think I just did. 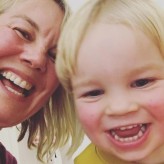 Need a way to calm a busy toddler? Grab your gumboots and head outdoors with our top 10 nature activities